Due to the lack of written chronicles in the period known as the Dark Ages, there is a veil over the inception and history of Pewter manufacture and usage in Europe.
However, we know that by the 14th Century AD, Pewter was being widely used in place of wood and pottery for tableware and other household purposes.

The composition of early Roman Pewter ware was variable to say the least, and it commonly contained as much as 20% to 30% of Lead. There are, however, serious problems when using objects with a high Lead content in the Pewter, as the Toxicity of the Lead renders it undesirable for drinking vessels or liquid measures.
Lead also causes Pewter to tarnish readily and to blacken with age, which gave rise to the image of Pewter as a ‘dull grey metal’. Furthermore, Lead is both cheaper and denser than tin, and therefore gives a false appearance of value for money. Throughout the Middle Ages, it was one of the main aims of the Pewterers’ Craft Guilds,to limit the Lead content of the metal they used by imposing penalties on Members who debased their alloys.

Craft Guilds sprang up throughout Europe, as Craftsmen banded together to protect their Craft secrets, to uphold production standards and to regulate social conduct.
Typical of the disciplines imposed on the Members of a Guild, is the system employed by the Worshipful Company of Pewterers of London. They were formed in 1348, and received a Charter granted by the Sovereign in 1473, which empowered the Company to seize and destroy Pewter below a certain standard, and also to impose fines and other penalties on its Members for failing to uphold the Craft. From 1503, an Act of Parliament required Members of the Company to register their ‘Touch-marks’, which were ‘to be recorded on Tablets of Pewter’ and kept at the Hall of the Guild. The use of a Maker’s Touch-mark on his products served not only to safeguard the Craftsman, but also enable the public to have confidence in the quality of the product.

The Association of British Pewter Craftsmen have also adopted the device of ‘Touch-marks’ or Trade Marks, which are restricted to their Members, and indicate compliance with the Standards and Objects of the Association. These Registered Designs that may appear on literature and labels, as well as stamped on individual Pewter-ware, supplement any Maker’s identifying or Trade Mark
and form an additional Guarantee of Quality. Another concern of the Association of British Pewter Craftsmen, is to regulate the purity of their alloys. They are re-enforcing their efforts, by supporting the introduction of National Standards to define the composition of modern Pewter alloys.
Throughout its long history, both the designs of Pewter and the precise composition of the alloys used have varied from time to time. At one stage it was common to distinguish between ‘Fine Pewter’, which was an alloy of Tin hardened with Copper in definite and recognizable proportions, and ‘Common Pewter’, which had a proportion of Lead. In Britain in the middle of the 16th Century, a Fine Pewter with a bright finish was developed, which was an alloy of Tin with a small quantity of Antimony and no Lead. This became known as Britannia Metal. It was harder than ordinary Pewter and amenable to spinning techniques.

The last few decades of the 20th Century, saw a remarkable resurgence of interest in Pewter. Its production moved from the small scale aspect of the past, into a modern industry.
Long established Pewterers are still to this day expanding and modernizing their methods, whilst upholding their traditions of fine workmanship.
New entrants into the industry are introducing new marketing and manufacturing methods, in order to cater for the wishes of a new generation of purchaser. 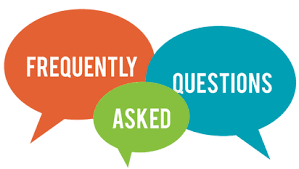